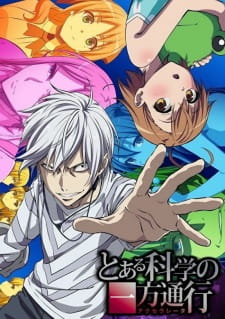 Warning: This review was writen 2 months after I watched it, but it doesn’t change the fact that it was pretty good.

To some extend, it was true - as a spinoff, “A Certain Scientific Accelerator” didn’t spur too much character development. Accelerator now relies on others to even use his ability, but it didn’t change him at a fundamental level, because he has always been the same, which is why despite being all-powerful, he still chose to save the little kid. In other words, Accelerator is still Accelerator, the foul mouth, arrogant and rude Top 1 esper of Academy City.

The main thing that stood out of this anime is perhaps the story-telling, about Accelerator doing odd-jobs, saving the world, getting a disciple, et. cetera. Accelerator might not have grown much as a character, but it is nevertheless enjoyable to see him do work and how he approaches obstacles, which futhur reinforces the “yep, that’s Accelerator” ideology.

This also means the anime would be meaningless for the people who did not follow the “A Certain Magical Index” series - in which case, it might be a good idea to start there, before watching the spinoffs. Spinoffs can only exist thanks to the main storyline, so to understand what makes the spinoffs good/bad, one needs to have watched the main series.