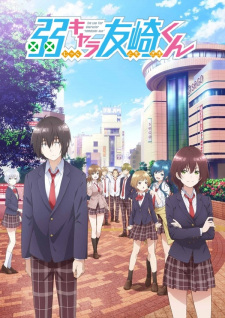 Right, another romance anime. I promise that I still love Psychological anime, but recently, I’ve started to consume romance high-school anime like crazy, thanks to Oregairu and Horimiya.

After an offline meeting with NO-NAME, they discover that they come from the same school, and the god player of the brawl game is a loser in real life. Determined to change this, both Tomozaki and Aoi decided to try and raise Tomozaki’s level, at least to the level where he can get a girlfriend by the end of summer.

An interesting concept aside, I personally believe that chemistry is important when trying to pair ideas together. Gaming + romance is something that has been explored to death in other forms, such as the case in The World God Only Knows, or High Score Girl. Hence, I couldn’t help but feel like the combination has become closer to being cliché than novel.

The anime is systematic in ensuring its viewers understand the story flow within the first two episodes; Aoi writes goals that Tomozaki should try and achieve before any conflict could even arise in the story, and comes back to this board regularly to check on Tomozaki’s progress. This creates a clear path for the storyline that is difficult to deviate from, which makes some conversations within the story quite awkward and forced, albeit that might be the writer’s goal.

Later on in the story, Tomozaki breaks out of these systematic goals and decides to just be himself for a while, restoring a factor of unpredictability that all anime should have. 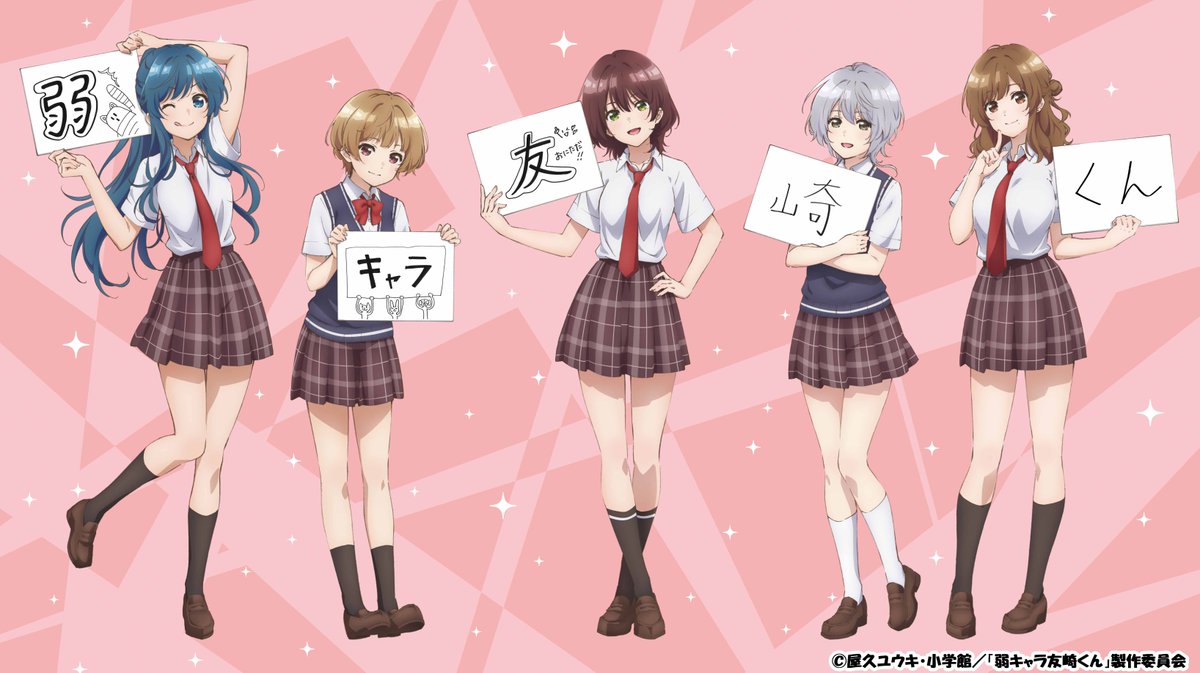 Jaku-Chara Tomozaki-kun is, at the moment, an incomplete story; by observing how the plot is progressing, there is probably a whole deal more that the story authors are planning, such that “multiple routes” become available eventually. Abducting backwards, this means that the plot progression is slow, which is a norm for high school romance anime where the main protagonist is a social recluse.

Nevertheless, viewing the beginnings of a romance anime is still relatively enjoyable, despite some portions of the anime being difficult to watch due to how stale or awkward they were - I hope this is all just part of the setup towards something greater in the future.

The series is at the beginning, so there is not much character development among all the characters. The two exceptions to this rule would be Tomozaki himself, and Nanami - both of which grew significantly within this first season. Tomozaki is an obvious case, considering the entire anime surrounds him stepping out of his comfort zone to try out the game of life, while Nanami, on the other hand, gets over her inferiority complex as she tries to fight against her rival.

Character development is an important aspect in an anime with little to no world-building, and a almost-stagnant plot progression, as it is the only factor that engages the viewers.

Not going to lie, the main character looks a lot like me: ugly and a sore sight no matter where he goes. Otherwise, the visuals are pretty, and the audio doesn’t get in the way; I’d say that’s good enough.

At the moment, Jaku-Chara Tomozaki-kun is a mediocre anime. Perhaps it’ll get better as new seasons are released, but it shouldn’t be at the top of your to-watch list, unless that list is empty. I’ll look out for what the next season (if any) brings!