Yes, I finally sat down to watch Dr. Stone, another popular anime that took the internet by storm. How can another shounen anime satisfy the cruel audience that is the internet?

The story centers around Senkuu, a nerd who has way too much science knowledge for a high-schooler. As with good shounen anime, the first episode introduces the scenario in an easy-to-digest manner, even going as far as being quite light-hearted despite the scary outlook of having humanity turn to stone. Within that same episode, we learn Senkuu’s hefty overarching goal of reviving humanity with science to build a scientific civilization in their stone world. Furthermore, we also see Senkuu’s determination and grit to put all of his mind into achieving something, from his feats detailed in the first episode: (i) he counted, second by second, the amount of time passed since his petrification, (ii) built a lab and living quarters from scratch on his own and (iii) still having the energy to express and talk about his huge goal of reviving all of humanity with science.

In other words, Senkuu will never compromise and back down from achieving his goal. This is seen consistently throughout “Dr. Stone”, making the characters somewhat predictable, which is characteristic of a shounen anime.

Senkuu is also proficient at reading other’s psychology, which makes interactions between characters quite interesting - especially with characters that possess the same psychology reading ability Senkuu has.

By the nature of the scenario, the world setting continues to change as the main character explores the world, unlocking locations and story elements which are promptly exploited for character and relationship development among the characters. This makes every episode fresh and exciting to watch, despite the predictability of each character in the anime. 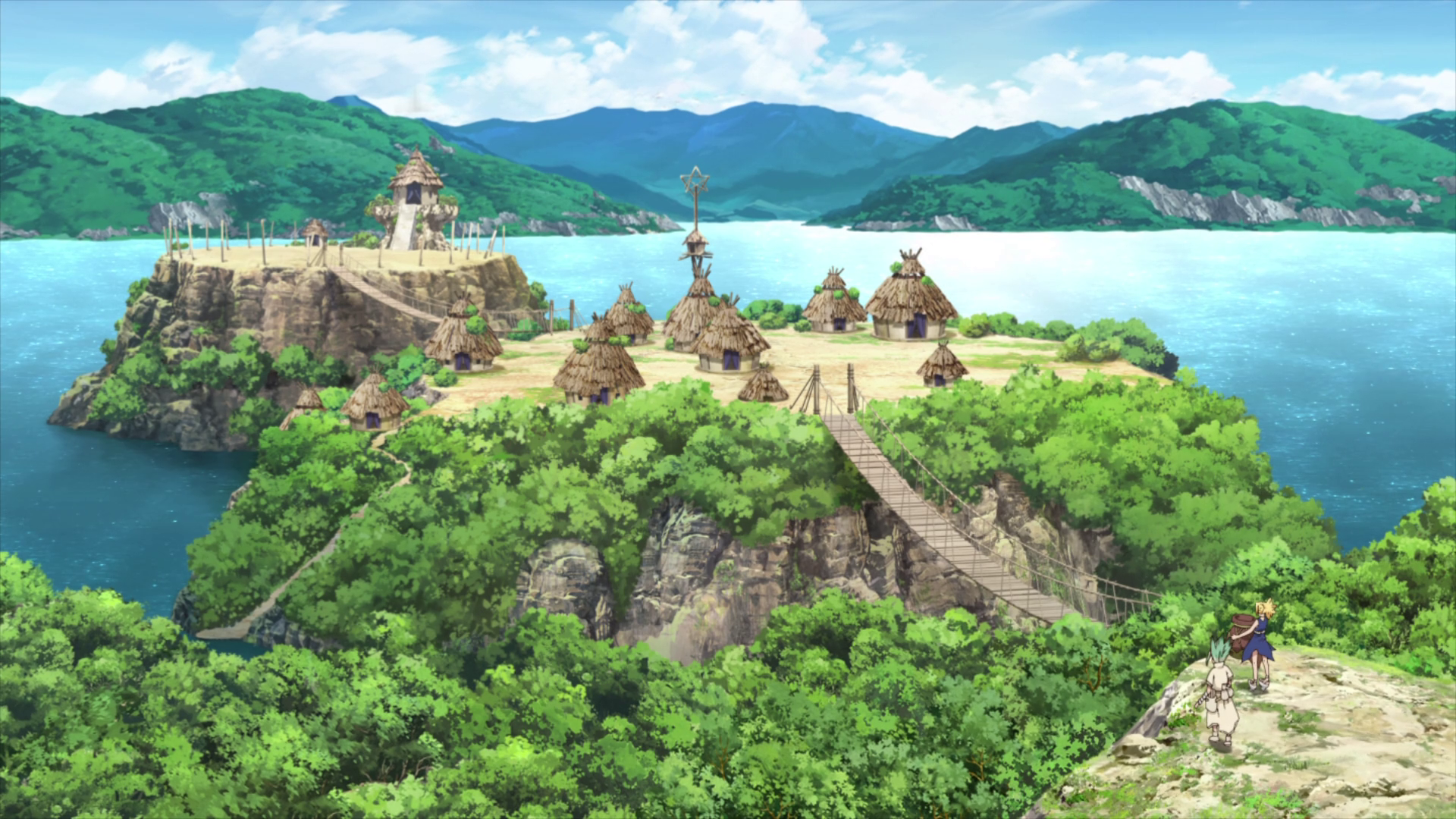 Relationship development in “Dr. Stone” is probably one of its salient points - having a logical mind that can only objectively view the benefits of people’s actions make interacting with others quite difficult. This is seen in the conflicts between Senkuu and the Ishigami Village in the beginning. However, as with all characters, they eventually understand that Senkuu’s way of thinking is entirely logical, which makes having evil ulterior motives difficult to imagine.

There is also the part where Senkuu literally forces the village to acknowledge him - you’ll find out what I mean when you watch “Dr. Stone”, assuming you haven’t already. As for the other main characters on Senkuu’s side, we don’t really see much character development other than a few flashback scenes and a promise in a hot spring. The exception is Chrome, who undergoes a change after meeting Senkuu and experiencing hardship with him. This can be inferred from how he changes the way he perceive “sorcery” as “science”, and using his knowledge of science to overcome adversity even under the influence of fear.

The audiovisuals are modern and complementary. The best part for audio, though, is a song sang as part of the story (i.e. not the opening and ending).

With the “revive all humanity with science” and “build science civilization” that is going on, listening to the song probably had a huge impact onto both the cast and the audience - songs and music is one of the aspects that potentially helped built and maintained civilization. The anime makes no reservation when it comes to reminding us how much time humans spent on building civilization, which is full of contributions from not only science, but music, food, art, poems, books and so on.

The song is good and well-used in the story, therefore the audiovisuals get an extra plus from me due to how well it complements the story.

Dr. Stone is a good watch, as proven by the internet’s response to the anime. I definitely recommend giving it a watch!