Yes, yes, okay, I get it. I missed the May deadline. Here, calm down and have a coffee

So, I don’t have many friends. The friends that I have are… strange, to say the least.

A while ago, I, ModelConverge and nikhilr migrated to Signal, to escape from the privacy policy change imposed by Whatsapp. While Whatsapp claims that the privacy policy change will only affect Whatsapp Business users, we had already wanted to migrate away from Whatsapp ever since Facebook acquired it; so the policy change by Whatsapp simply acted as a catalyst. We are hence glad to report that we were part of the masses that hugged Signal to death during a mass migration to the Signal platform, especially after Elon Musk’s tweet.

For those of you living under a rock, Signal is an instant messenger just like Whatsapp. Many people migrated to Signal because: (i) it is open-source, (ii) it is run by a non-profit organization and (iii) has libraries & specifications for developers who want to leverage the Signal protocol or platform to build apps.

The Signal messenger is wonderful; but the users - they have too much power. One of my pals, nikhilr decided to change the group’s avatar photo, drastically changing the friendly democratic climate we shared, effectively serving as a declaration of war between all parties involved. What followed was a great group war that is described in history books as the pivotal moment of the greatest creation. 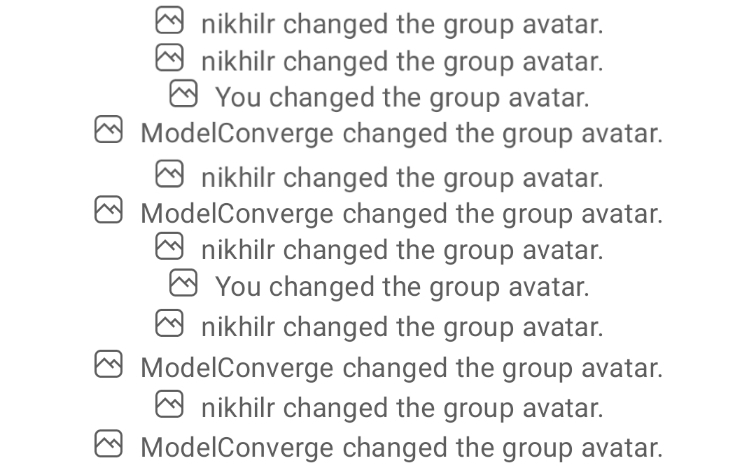 Fighting a great war in Signal | Source: Me

I couldn’t just sit idly by and watch as my enemy won battle after battle, getting foothold after foothold on my sanctuary; hence, as a responsible and perfectly rational adult, I decided to abandon all of the work society had me do, and built a Signal bot to eliminate my enemy’s only advantage (free time), and exploit his weakest point (the fact that he is human and hence slower).

Using a bot to fight the war | Source: Me

As you can clearly see, before nikhilr decided to remove my privileges to edit the Group Avatar like a true savage undeserving of a respectful knight, my bot fought an admirable battle, stunning my enemies who displayed sheer awe towards my cunning plot.

Today, we won’t be building Group Contender Bot; instead, we’ll just be making a simple Signal bot, to jog your creativity and get you started.

Being a container nerd, I decided that my bot must be setup and run in a container. Automatically, this means that the Signal bot can be run from any platform that can run Docker; furthermore, this would deploy nicely on a home server running most services on docker-compose.

When searching for a way to interface with Signal, I found Signal CLI, which exposes a DBus interface for applications to interact with. Hence, all I needed to do was to get a library that could interface with the DBus, like pydbus.

Because of the non-privileged <-> privilege method of communication, container software do not normally expose the System DBus to guest containers because it would open up a whole array of possible vulnerabilities. Thankfully, when digger deeper as to what DBus actually is, I found out that it is essentially a protocol slapped on top of a UNIX socket, meaning that theoretically, it should be possible to construct my own DBus instance just for Signal communication.

The beauty of using the DBus to communicate implies that any language under the sun can be used; I decided to go with Python on an impulse with no clear thought; if I were to make a rational choice, I would have selected Golang, for how simple it is to spawn Go routines for multiprocessing.

On the other hand, Python makes the code more understandable to a wider audience, given its simplicity, and how it is the “comfy” language for most people, allowing a wider audience to develop useful Signal bots.

So, let us build a Signal bot!

First and foremost, we need to install all of the dependencies. On an Ubuntu system, Signal CLI requires default-jre, while the pydbus package requires build-essentials, libcairo2-dev and libgirepository1.0-dev. As you can see, for a bot that will run in container, there are quite a lot of dependencies; hence, instead of polluting my otherwise pure host environment, I decided to create a Dockerfile to build me an environment that can handle Signal CLI.

I adapted the curl command from this GitHub gist written by @steinwaywhw.

This creates an Ubuntu container with the latest Signal CLI install in /opt/cli, and the working directory planted in /opt/bot. To use this container for Signal bot development, you will keep some things at hand:

Once you have figured out the phone number & directories you want to use, set them in a terminal you’ll be using for Signal bot related work:

For development purposes, we should first link the Signal CLI to our phone number, so that the bot can send and receive messages. To do this, we first copy + paste the Dockerfile to a local directory, and build the Docker image:

Now, if you want to link to a phone number you already use for daily Signal usage, then run this command:

A QR code should be generated and then printed on your terminal window; scan the result with your phone’s Signal messenger. If you don’t know how, follow the guide on the official Signal Support.

Your device should be linked.

Otherwise, if you want to link a completely new phone number, then run this Signal CLI command through the container:

You should receive a SMS with your OTP code to activate Signal. Copy that verification code before running this command:

Now, we move to the stage where we write the bot. No matter what language the bot is written in, the bot needs at least two other running processes:

Hence, before we can even write the content required for the bot, we must first write an entrypoint script for the Docker container. Luckily, we can quite easily write this script:

The script above assumes that you are executing a bot written in Python, with the entrypoint of that bot within script.py of your project folder, and also assumes that you have set the environmental variables right. Let’s test it out:

The script written by mh-g, modified by me to use a Session Bus instead, essentially reads every message pumped into Signal out onto the terminal window.

The purpose of sleep 20s is to give Signal CLI some time to: (i) start daemonizing, (ii) connect to the DBus, and (iii) synchronize messages a little before starting the actual script. Sometimes, this takes more than 20s, but for our purposes, it should be good enough. You may sometimes find your bot unresponsive during this stage; but trust me, it’ll work eventually, after catching up with all of the messages.

If you’ve linked the bot to a number that is already using Signal, then you would realize that this piece of code would only work when people other than yourself messages you. If you want to receive all messages, including the ones from yourself, then change:

And then run the bot again with the run_bot command.

Let’s make the bot respond to commands that start with the / prefix, by changing the contents of the msgRcv function:

Now, send a message to the bot with the / prefix, and you should see that the bot echos you like a parrot. With that, we now have a basic bot. For more things that the bot can do, check out Signal CLI’s DBus wiki; all of the functions are available by de-capitalizing the first letter, and then accessing it as a sub-member of the signal object. This also includes the DBus signals listed on the manpage.

For a more complete guide, let’s make an 8-ball bot, which essentially just returns an 8-ball-esque response based on random probability.

8-ball has 20 different answers, which can be represented by the following Python list:

For the msgRcv function, we basically just choose a random string within the list, and return it whenever we see 8 ball after the / prefix:

Full code for script.py can be found in my gist. After editing the script, the bot can be run with:

A response from magical 8 ball | Source: Me

The last part is probably the simplest part; writing the docker-compose.yml file. The template should be quite self-explanatory:

Then, fill in the relevant details in the .env file. If you have not shutdown the terminal you used in the pre-requisite stage, then you can use this command to generate the .env file:

You should see all of the environment variables substituted. If they are all there, then you can run:

To see the bot in action; and run:

To detach it from the terminal, and run it in the background.

Welp, that was fun! I will make the source code for the Group Avatar Contender bot available soon; but don’t count on it to be online after this blog post. Hopefully, this blog post makes up for the missing one you would have otherwise gotten on May. There should be a separate blog post for June; until then, ciao!